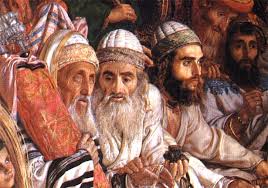 It is odd isn’t it? Two of us can see the same scene – or live through the same experience, yet notice totally different things. Perhaps it is inevitable because even things we are certain to be true and totally familiar will always have hidden dimensions. Indeed, even that most measurable of all sciences, physical science, seems to make most progress when scientists notice something new in the familiar.

Each of the gospel writers had their own preferences for their stories of Jesus. No doubt the author of Mark chose his anecdotes from amongst the many possible memories of Jesus, but part of his his choice would have been slanted for example by already knowing that by the time he wrote his gospel the Temple had already fallen.

As with a number of the New Testament writers, Mark seems anxious to convey the notion that action carries with it its own judgement. The calamity of the fall of the Temple might therefore be explained in Mark’s view, if God seemed to have sufficient reason to believe his people had deserved the punishment. My guess is this would presumably make Mark very sensitive to anything Jesus might have done to draw attention to inappropriate behaviour in the Temple precincts.

But there is something else. In the field of observation, as Louis Pasteur once put it, chance only favours the prepared mind. Which brings us to today’s gospel account of Jesus with his disciples at the Temple. Jesus with vision, no doubt sharpened by his gospel of justice and compassion, looks at the daily ritual at the Temple – a ritual what is more that had years and perhaps even centuries of patterns of recognised and expected behaviour. Jesus unsurprisingly perhaps, given the main themes of his teaching, notices some things which had probably largely escaped the attention of the daily witnesses to the familiar sights.

First he looks at the gowned and tasselled teachers of the law posing for the crowd. In Jesus’ day, a long gown – totally impractical and restrictive to the movements of the common worker – was a mark of the respected scholar – and that the gown swept the ground, marking the wearer as someone above working at labour, carried its own message of importance.

Following the Book of Numbers Ch 15, verse 38 the tassels at the edge of the religious teacher’s outer robe were the traditional mark of the one set aside as a man of God – yet today’s commentators say that by the time of Jesus, many the tassels had grown in prominence as an ostentatious declaration of piety. These were the tassels of the Rabbis and, just as today’s religious titles carry deference and respect, the word Rabbi translates as “My great one”. To be addressed as Rabbi would no doubt have been pleasing to the one who carried the title.

The Rabbi would not only expect deference in speech, but also in action. Prominent seats were reserved for the Rabbis at the front of the congregation in the synagogues. In the Synagogue, in front of the Ark, where the sacred scriptures were held, the Rabbis would sit facing the congregation where they might be seen and hopefully be admired. At feasts the most prominent guests would be seated at a top table with the most important closest to the centre, and religious leaders would expect to find their place near the centre at such a gathering.

Such overt behaviour for effect would indeed make a mockery of the religion the Rabbis claimed to represent, but the additional accusation Jesus was making was more serious. This was in fact a more serious charge that they “devoured” the widows’ houses. Like some ethnic churches that officially claim to have ministers so dedicated that they work for no pay, the truth was that they took advantage of the vulnerability of some of the weakest in the community, including the widows, pressuring them to the point that in fact the teachers of the law could become wealthy.

We may argue about the degree to which Mark edited the recalled words and records of Jesus’ actions as he responded the actions of the Rabbis, but there is little doubt that the entire thrust of the gospel record shows us a Jesus totally opposed to those expressing faith by claiming privilege. That Jesus went beyond noticing what others preferred not to notice and actually challenged what he could see happening is also fair enough. He himself reportedly taught and demonstrated what it means to live by servant-hood and by so doing, won the right to question those who rather sought honour in actions directly opposed to servant-hood. It is also a timely reminder to us that we can hardly criticise what we see today unless others can see the alternative in us.

What made Jesus different from the others present in today’s gospel setting then had two parts. First, his was the prepared mind that could notice such hypocrisy. Second, and perhaps more importantly, he had won the right to question what he saw by living the alternative.

If we are honest with ourselves about our own society we ought to be able to relate to a situation whereby some are elevated to status and title which goes far beyond logic or necessity. The mega salaries offered to society’s identified elite and the excessive deference shown to those in the public eye is curious given the range of behaviour some of our celebrities exhibit. Today we are probably so used to the concept of honouring leaders and celebrities whether they be in the Church, in politics, in sport or even in show business that we are hardly in a position to see ourselves as more enlightened than they were in the days of Christ.

There is however a particular danger in not being especially vigilant when it comes to mixing such self serving adulation with expressions of faith. At a recent gathering of Methodist Church leaders in Auckland, one of those present, a Tongan minister, observed that he believed the Methodist Church in Tonga was currently losing ground to the Mormon Church. He wondered if this was because the Methodist Church leadership was clearly aligned with the Tongan feudal system of Royalty and nobility, whereas the Mormon Church was presenting itself in Tonga as the Church of the common people. Such speculations are inappropriate for those of us who live outside that society. Nevertheless it may encourage us to look at our own setting to speculate if our own way of “doing Church” also has some of the same hall-marks of the targets of Jesus’ observations at the Temple.

Remember however that Jesus was coming to what some might see as a chance observation with a highly prepared mind. By way of preparing our minds also, perhaps we might start by reflecting on what characteristics a Church should show if it were following the teaching of Jesus. What might we expect to see for example if our Church was focussed on obtaining justice for those being discriminated against, or perhaps focussed on ensuring love for our neighbours? What might this mean for our programmes, our meeting agenda, and what we expect from our leaders? It is not the first century Jerusalem Temple or what happens in distant places like Tonga which should concern us the most. It is our own setting and our own relationships.

Regardless of what standards other groups in the wider community might expect from themselves, it seems to me that the Church, and for the Church read us, is under an obligation to reflect the teachings of the one the Church members claim to follow.

The law of most Western nations takes this even further and implies that if a believer acts against the teachings of their belief they are guilty of the crime of blasphemy. The law usually recognises only a believer can blaspheme. The British 1967 Blasphemy Act is a typical example and confirms this as follows.
“Any person educated in or making profession of the Christian religion who by writing, teaching or preaching denies etc etc” .

Certainly on a technicality, acting against the teaching of servant-hood by using faith to promote self ambition and pride, without writing or teaching or preaching such actions as being appropriate, we might argue in this case no actual crime is committed, yet it does seem the spirit of the Christ teachings is still in danger of being denied.

Perhaps here, it is that the claimed faith does not sometimes match the expected behaviour. Through the centuries there has been much discussion and debate about what people should believe. When however we think of where Jesus placed his emphasis, it was not so much belief but applied faith that seemed to draw his attention. A belief is something – often worked out by others – that is accepted because to the believer it seems reasonable enough to be true. A belief in that sense can also be academic, disconnected from personal reality and even artificial. We can believe a plank across a river is strong enough to hold our weight. We only demonstrate faith in the plank when we trust ourselves to take the first steps on that plank. Admiring the plank may be an expression of untried faith.

It is good that Mark finds Jesus following his criticisms of the behaviour of the teachers of the law with his observations of the widow and her mite for the offering. The attitudes he encourages are not simply the preserve of the Church leaders or the wealthy and the powerful. While our community is so structured that our celebrities are the ones who draw society’s adulation, Jesus reminds us that in his world of upside down values, it is the giving heart which counts, even if it is the heart of the most humble and unprepossessing in our community.

Abu Bakr the father in law of Muhammad, once prayed a prayer that for its reflective insight sounds almost as if it came from such an encounter.

Yes I know that we don’t often look for truth in another’s religion, but think carefully about these words and see if they might also speak to you.

“I thank you Lord for knowing me better than I know myself
And for letting me know myself better than others know me.
Make me, I ask You then, better than they suppose
And forgive me for what they do not know.”
AMEN

( If you have read through to the end of this sermon I would appreciate some feedback including criticism or suggestions for other ways of tackling the same topic.  )

This entry was posted in Sermons and tagged Abu Bakr, long gowns, posing for adulation, Rabbi, tassels, Teachers of the law, the widow's mite. Bookmark the permalink.