Are You a Closet Atheist too? 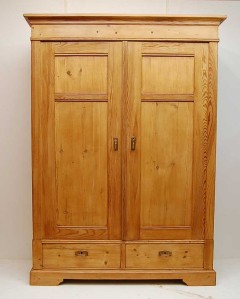 The atheist Stephen F Roberts is credited as responsible for the following: “I contend we are both atheists, I just believe in one fewer god than you do. When you understand why you dismiss all the other possible gods, you will understand why I dismiss yours.”
It is initially hard to argue with the notion that we are all technically atheists in that, for all of us, there are versions of God in which we do not believe – and it may well be it is just that we differ on which ones. However there is a weakness in the implication that therefore all God-type beliefs are either equally helpful or alternately equally fatuous. There are two parts to a positive attitude to belief in God. The first is the requirement that the belief should stand for something that has some degree of correspondence with reality. The reality will inevitably be distorted by human thought since we are hardly in a position to understand the nature of the Universe, our own much smaller planet and how it got the way it is. People sometimes forget that science, as well as faith, is inextricably bound up with human constructs.

The second requirement of a positive faith is that it should lead to positive outcomes. Since many of the conventions and institutions of our society are traced back to faith communities, it is also hard to be certain how much of the beneficial activity is due to the principles embedded in the faith and how much is simply due to the need to have a functioning society as a means of providing a form of social insurance. While some claimed Christian beliefs lead to extreme selfish and anti-social activity, other Christian beliefs seem to inspire thoughtful, cooperative and compassionate behaviour.

It is also probably inevitable that others will look at the behaviour patterns of self-declared believers and use these to assess the desirability of holding their claimed beliefs. Historically many who claim Christian beliefs have failed to demonstrate the sort of behaviour one might normally associate with the principles taught by Christ. For example Mahatma Gandhi was doing no more than reflecting what he had noticed in the observed behaviour of South African Christians when he explained why for him he was unable to be a Christian. Although he made it clear that he had admired Christ, remember he had once been turned away from a service of worship because of his race and had observed a Church apparently uncaring about apartheid. Christianity was therefore inappropriate for him to follow. If he had still been around to see Bishop Desmond Tutu in action he may well have come to a different conclusion. Similarly the Muslims experiencing the ruthless and murderous behaviour of King Richard the Lion-heart as a leader of the Crusades would have found nothing there to attract them to Christianity, just as the witnesses of the Muslim suicide bombers today are repelled by militant Islam. Again observing Mother Teresa or the Islamic version of the Red Cross – the Red Crescent would lead to an opposite view.

It is very difficult to stand off one’s own behaviour and see how we must appear to others who do not share our beliefs. I have for example, been assured by Bible belt conservative Christians from the US that those holding beliefs other than those of conservative Christians are to be considered heretics. For many of the same conservatives, gun ownership is seen an unalienable right, capital punishment is essential, and for many I have enountered, a strong stand required against homosexuality. There is also in the Bible belt a reluctance to offer welfare assistance to the poor and implacable opposition to abortion is often claimed to be an essential consequence of the belief system. The mental image of what liberals might see to be a Conservative self righteous and intolerant individualism is therefore associated in many observers’ minds with conservative Christianity. On the other hand I have encountered other Christians who appear to have a genuine servant-hood approach. There are those who oppose racism intolerance and injustice, those who support assistance for the poor, and those who believe chasing status and wealth is in opposition to the ideas of faith.

Some beliefs appear inconsistent with observation – eg wrong predictions for the end of the world and observed examples of faith healing bordering on fraud. Some beliefs are seen by many as opposed to the reality as it seems to emerge from scientific observation. Yet I would argue that just because people may have immature understandings by virtue of incomplete understanding of the Bible, a lack of knowledge of the findings of science and ignorance about reasonable faith, I don’t think it follows they should have their belief dismissed out of hand. While maybe truth is measured by establishing how well it corresponds to reality no-one is in a position to fully comprehend the truth and for each of us it is also something that evolves. If for example we have a belief in a young Earth as described by Genesis, an initial view of Biblical inerrancy, and a Sunday school view of theology, we still presumably need to learn more before we should be expected to change what we believe. Since everyone starts with a lack of knowledge and the haziest of notions about what corresponds to some form of truth, it is rational to wait till we encounter and test information and have been convinced by its validity before altering our belief system.

Strangely there is no apparent direct correlation between the logic of a belief and behavioural outcomes. For example the members of the Church of Latter Day Saints follow the teaching of Joseph Smith whose initial encounters with the angels and golden plates later taken back up to heaven sound totally fanciful in the retelling, yet the LDS members (popularly called Mormons) enjoy wonderful health and family stability statistics – as do the Jehovah’s Witnesses – despite the JW repeated failures in prophecies for end times. Nor do the proportions following a faith appear to have much to do with the level of scientific logic. The most popular of the Christian Churches, the Roman Catholics claim belief in the actual transformation of the bread and wine into the literal body and blood of Christ for their communion celebration, and some of their claimed miracles do not have much support from science eg the Shroud of Turin, statues of Mary weeping blood etc.

Conversely those like rationalists don’t seem to have better moral behaviour as a consequence of their freedom from religion. Rationalists may argue that Christianity is not necessary yet apparently have nowhere near the same drive as the mainstream Churches to establish support for International aid organisations. Nor is the determination to remove the concept of mystery from nature necessarily a desirable notion for a base for scientific thinking. Albert Einstein placed high value in valuing mystery which he called listening to the music of the spheres.

Given the above, should Christians be a little more relaxed about the notion of atheism?

This entry was posted in Perspectives of God and tagged Atheism, Disbelief in different Gods, human constructs in science, human contructs in Christianity, mismatch between faith and behaviour. Bookmark the permalink.

7 Responses to Are You a Closet Atheist too?